Title: What my mistakes have taught me 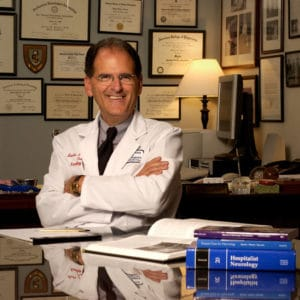 Dr Martin Samuels is Professor of Neurology at Harvard Medical School and winner of the institution’s first Faculty Prize for Excellence in Teaching. He is the Neurologist-in-Chief at Brigham and Women’s Hospital, Boston, and former Director of the Harvard-Longwood Neurology Training Program.

Dr. Samuels is an internationally renowned teacher-clinician, a premier diagnostician, and a leading authority on the interface between neurology and general medicine. His major fields of expertise include neurocardiology, neurohematology, neurogastroenterology, neurohepatology, neuronephrology, and the neurologic aspects of organ transplantation.

He has edited several seminal neurology textbooks, developed a definitive instructional video on clinical neurology for practicing physicians, and authored numerous articles and book chapters. He is the 2006 recipient of the AB Baker Award for Lifetime Achievement in Neurologic Education.

Dr. Samuels was the Founding Editor of NEJM Journal Watch Neurology in 1999 and was Editor-in-Chief from 1999 to 2010. 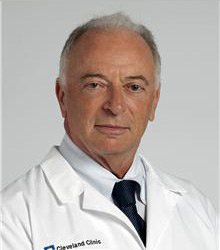 He completed his clinical work in January 2019 and continues to this day his research work, which focuses on uterine transplants. He introduced for the first time in the world a uterine transplant from a dead donor. The result of his efforts was to achieve the first childbearing in the USA in 2019 with a transplanted uterus from a dead donor. His experience and contribution in the field of Surgery and especially Transplants is multiple. Among other things, he directed the pediatric transplant program at Pittsburgh Pediatric Hospital (1989-1994), where he developed the world’s first successful multiorgan transplant program. He is the Founding Director of the Miami Transplant Institute, and the program at Jackson Memorial Hospital in Miami has become world-renowned for its standard surgical techniques, such as abdominal wall transplants, bowel transplants, and treatment of patients with thrombosis and others. In 2001, the Kidney Transplant program began at the University of Patras in Greece.

He is a member of 21 internationally renowned scientific medical societies, including the American Surgical Association (300 members only), and has led 5 major professional organizations related to transplants and government policy-making in the field of transplants and other related health issues in the US.

During his career he has carried out remarkable research and writing work with numerous publications in scientific journals -more than 800 articles in the international literature and the highest recognition index (h-index) 103. At the same time, he has demonstrated significant teaching work, training surgeons around the world to perform complex surgeries and apply techniques in which he was a pioneer.

Dr. Andreas Tzakis has received numerous honors, such as an Honorary Doctorate from the University of Alexandroupolis and the University of Gothenburg in Sweden. He has been honored with the Boston Holy Cross Award and has been awarded by the House of Representatives. He was honored with the title “Archon” of the Ecumenical Patriarchate of Constantinople. He was the first holder of the chair, named after him, “Tzakis chair of Transplantation” at the Miami Medical School in Florida, which was created in his honor. He has been listed in the Guinness Book of World Records twice in 2000 (Millennium Edition p. 38: Most organs Transplanted in a single operation) and in 2001 (p. 179: Most organs Transplanted). In 2015 he was elected Corresponding Member of the Academy of Athens and during the meeting of the Plenary Session of June 17, 2021 he was elected a full Member of the Academy of Athens. 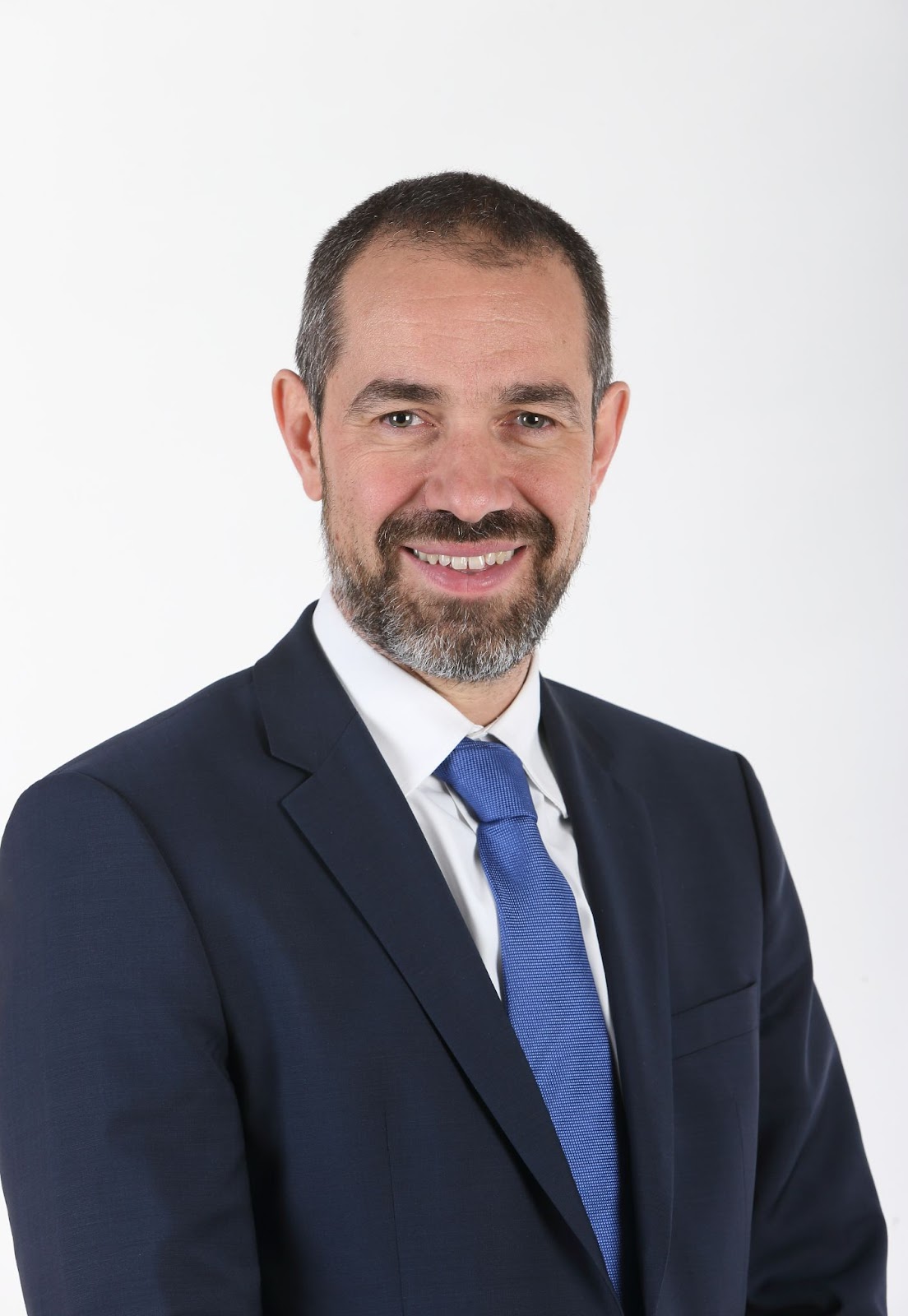 Professor and Chairman of the Department of Urology Medical Director

Dr Evangelos Liatsikos is the new Chairman of the European School of Urology (ESU). He is Professor of Urology and the Chairman of the Department of Urology at the University Hospital of Patras in Greece. He was elected as the Medical Director of the University Hospital of Patras on October of 2020. He is a Guest Professor at the University of Leipzig in Germany. He is an Adjunct Professor at the Medical University of Vienna, Austria and at the Institute for Urology and Reproductive Health, Sechenov University, Moscow, Russia. He was Chairman of the European Section of Uro-Technology (ESUT) from 2016 to 2020. He is distinguished in literature for his research in Laparoscopy and Endourology, with his work accounting for more than 300 international publications. Dr. Liatsikos has also been invited as a speaker and live surgeon in a series of the most prestigious urological congresses worldwide. For his scientific contribution, Professor Liatsikos was nominated for the “Arthur Smith Endourology Lectureship” award in 2009 by the World Association of Endourology. He also received the award of “Academic Endourology Fellowship Program Director” on November 2016 during the World Congress of Urology. In May 202, he finalized successfully the Master in Business Administration (MBA). 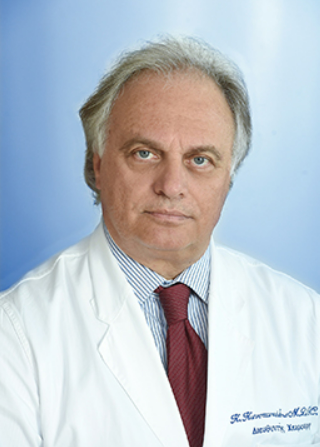 Member, International Board of Directors, Society of Robotic Surgery, (SRS)

Doctor and surgeon Konstantinos Michael Konstantinidis is the founder of Robotic Surgery in Greece and a pioneer in the field internationally. He has performed over 4,000 General Surgery operations using the innovative da Vinci robotic system, a number that constitutes the largest series of its kind in Europe.

•He then moved to the United States, where he was admitted for the General Surgery specialty at Riverside Hospital of Ohio State University School of Medicine.

•In the last year of his specialty, he received the honorary title of “Chief Resident”.

•During his stay in the USA, he served as Director of the Surgery Clinic of Riverside Methodist Hospital, where he performed surgery and taught General Surgery, Laser Surgery and Laparoscopic Surgery for a number of years.

After 12 years of stay and a career in the USA, he returned to Athens in 1991 at the invitation of the President of Athens Medical Group, Mr. G. Apostolopoulos, in order to undertake the foundation, management and staffing of the Laparoscopic Surgery and Laser Applications department, for the first time in Greece.

Since 2006 and being the first in Greece and SE Europe, he has been performing Robotic Surgery, using the innovative da Vinci system, expanding the scope of the field and performing pioneering surgical procedures with global impact, such as Whipple’s robotic pancreatectomy lasting 24 hours without any complications for the patient postoperatively. His medical and scientific work has been receiving international acclaim:

As a result of his extensive experience in Laparoscopic and Robotic Surgery, he was selected by the manufacturer Intuitive Surgical to be the first surgeon in the world to apply robotic surgery through a single incision (Single Site), a technique first introduced in March 2011 at Athens Medical Center.

He has already performed more than 600 operations with this technique, including the world’s first single site robotic cholecystectomy in an 8-month pregnant woman. You should choose a search result page. You can choose the page from the Theme Options > Events > Event Search Results Page option.

New membership are not allowed.